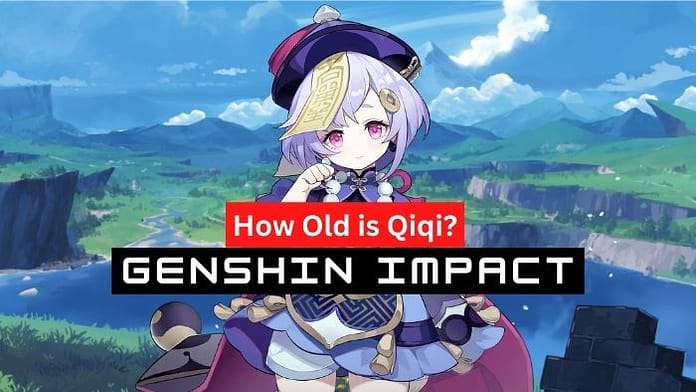 There are 40 characters in Genshin Impact and Qiqi is one of them. She is cool, very rare, and fun to play with. She is special because she is a zombie, which makes her past and background very mysterious. This raises a question: How old is Qiqi if she is a zombie?

How old is Qiqi in Genshin Impact?

Qiqi’s age remains a mystery in Genshin Impact, but her character stories hint at her being ancient. In her Character Story 4, it is stated that her story is ancient and forgotten by mortals. Character Story 5 even mentions that humans found her after hundreds of years. This story suggests that Qiqi is at least a few hundred years old. However, despite her age, she maintains a childlike appearance, both physically and mentally.

Qiqi’s immortality is a double-edged sword, as it can be seen as both a blessing and a curse. Her ability to never die makes it challenging to determine her true age.

Qiqi’s birthday is officially recognized as March 3rd, but there is no official information on when she was born. Some fans have speculated that Qiqi’s biological age is eight years old based on her physical appearance, but official sources do not confirm this. It remains a mystery how old Qiqi truly is and whether her immortality plays a role in this calculation.

Qiqi’s age according to fans

Qiqi’s immortality raises questions about her age, which means she does not age like a mortal. Some fans have proposed the theory that Qiqi’s age is much older than what is suggested by her physical appearance due to her immortality. Some believe that she is 100 years old. However, as there is no official confirmation of her age, it remains a topic open to interpretation and speculation among fans.

Not knowing the true age of a favorite character in Genshin Impact can be disappointing. Qiqi, despite her youthful appearance, is a formidable warrior and goes by the name “Icy Resurrection.” At first glance, she may seem innocent and inexperienced, but her strength and abilities should not be underestimated. It’s a mystery that adds to the intrigue around her character.

How did Qiqi die?

Qiqi’s transformation into a zombie is shrouded in tragedy. According to fan theories, while out gathering herbs, she stumbled into the realm of adepti and suffered an injury. As she lay injured, caught in the middle of a battle, the adepti decided to save her by imbuing her with a portion of their strength, reviving her in the process.

However, this act has left her with immortality but also the state of being undead. This tragic event raises many questions about the adepti’s intentions, and the long-term effects of their actions on Qiqi.

Despite fan theories and hints from her character stories, the true age of Qiqi remains a mystery. Neither the developers nor any other reliable sources have provided an official statement on her age, leaving it open to speculation.

Without confirmation from official sources, determining Qiqi’s age is difficult to establish with certainty. We expect that official information about Qiqi’s age will be revealed in the near future.

Share
Facebook
Twitter
Pinterest
WhatsApp
Previous article
Is Unturned Cross-Platform and Crossplay?
Next article
GTA V: How to Talk to Miguel Madrazo
MFL Staffhttps://myfairlakes.com
Hey, this is Akash, a gaming enthusiast and professional blogger. I started my blogging journey in 2015 and, since then, turned my passion into a career. I have shared my knowledge through various gaming articles on this blog. Check out those articles and give me feedback.
RELATED ARTICLES
Games

Coin Master: What are Pets and Which One is The Best?